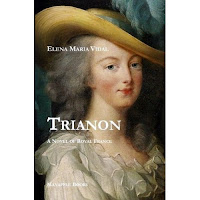 I was very touched to read Elena Maria Vidal's novels, Trianon and Madame Royale. In these painstakingly researched, beautifully written and deeply felt works, she paints a compelling portrait of the tragedy of the French royal family in the wake of the Revolution. Drawing heavily on first-hand accounts of the period, told through vignettes and reminiscences, the story is incredibly (indeed, painfully) vivid. It is a tale of Christian fortitude amidst dynastic downfall and national apocalypse.
In Trianon, correcting many misconceptions (such as the King as feeble idiot and the Queen as decadent airhead), Miss Vidal provides a moving and intimate portrayal of the tragic Louis XVI and the viciously maligned Marie-Antoinette. Their love for God, each other, their children and the people of France are all conveyed with poignant intensity. Ultimately, they are killed for the ideals they represent as Catholic monarchs, facing their doom with the charity and magnanimity of martyrs.

Madame Royale tells the story of Marie-Thérèse, Duchesse d'Angoulême, only surviving child of Louis XVI and Marie-Antoinette. It centers on the Bourbon Restoration (1814-1830), a period simmering with secret warfare between revolution and reaction. In Trianon, faith gives the King and Queen the courage to face death; in Madame Royale, faith gives their daughter the courage to face life. Marie-Thérèse's story is truly one of bloodless martyrdom. Severely traumatized by the terrible experiences of her youth, trapped in an unhappy, barren marriage, surrounded by plots, intrigues, and political upheavals, she perseveres in faith and good works. Her struggle to restore the Catholic monarchy is ultimately a losing battle, and an immense sense of loss and weariness pervades the book. Particularly poignant are the passages describing Marie-Thérèse's haunting doubts regarding the fate of her little, lost brother and her fruitless search for him. Nonetheless, the novel ends on a hopeful note...
I have read several reviews claiming that the books are too religious and/or over-idealize the protagonists. The devout faith of Louis XVI, Marie-Antoinette and Madame Royale, however, is well-documented, and it would not be realistic to ignore or to downplay the role of Catholicism in their lives. Nor do I think that the royal family are over-idealized. Their spiritual journeys are presented as hard and painful and they struggle with human failings along the way. Against his conscience, for instance, the King signs the Civil Constitution of the Clergy under duress, an action he later bitterly regrets. Before maturing gracefully into a noble wife and mother, Marie-Antoinette is portrayed as a kind, charming, but imperfect young girl, apt to be headstrong and rash. Marie-Thérèse's rigidity and refusal to compromise the divine right of kings, coupled with her cold manner (although these are understandable results of her early traumas), contribute to alienating many from the cause of the Catholic monarchy. Nonetheless, the fact remains that she, like her parents, ultimately attains a high degree of spiritual heroism.
Posted by May at 18:09 5 comments: Links to this post

Away With the Fairies! 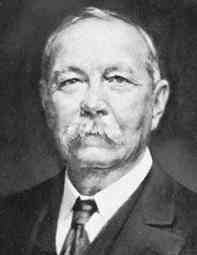 character who lives on through the imaginations of readers and film-goers for over a hundred years! Sherlock Holmes entered the popular imagination to such an extent that when he was killed off there was a public outcry and he had to be resurrected and, since then, he has been portrayed by so many great actors and his investigations continue to attract interest.
It used to seem a bit odd to me that his creator, Sir Arthur Conan-Doyle, was observant enough to create such mysteries and such a character, but was then – as I thought! – deceived by the photographs of the Cottingley fairies. Recently, having learned more of Conan-Doyle, that seems far less odd.

Arthur Conan-Doyle was an amazingly ‘good’ and deeply spiritual man and one who, like his creation, Holmes, spent his life on a quest for the truth. He began training as a Catholic priest at Stonyhurst in England and such was his spirituality that even when he made it known that he no longer was able to accept many of the tenets of Catholicism, he was allowed to continue with his studies and his participation in religious rites because his tutors knew him to be so genuine. Later, when he had trained as a doctor, a very unpleasant situation occurred in which he was – unjustly! – suspected of murder. He looked after a particular patient in his own home and, when that young man died, Conan Doyle signed the death certificate. Soon afterwards, he married the patient’s sister (perhaps out of pity) and it was subsequently discovered that there was a life insurance policy on the young man and so Conan-Doyle gained money from his death. His motives for caring for the young man, though, had clearly been entirely altruistic. Perhaps it was this slur on his character that led him to write so many books about people who are wrongly accused of crimes.

To return to the fairies! In later life, following the death of his wife 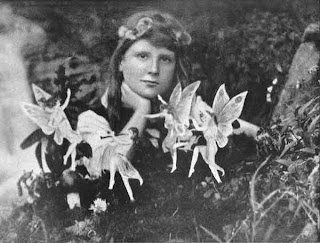 and his son, Conan-Doyle, who had always been a deeply spiritual man, became involved in spiritualism, which was quite fashionable in Victorian England, and not quite so spooky as the many charlatans led it to appear. From that understanding, he came to believe that, to quote Hamlet, “There are more things in heaven and earth than are dreamt of in your philosophy....” and he recognised the mystical aspects of creation and the presence of the Divine in all things. When presented with the photographs of the Cottingley fairies, I don’t think it was simply that he was gullible and believed in doctored pictures, but rather that he sensed the beauty of the little girls’ vision and insight into the wonders and many aspects of Nature that so often go beyond human understanding.

Conan-Doyle, apart from being the creator of a character who has survived for over a century, was a truly fascinating man and one who deserves to be remembered not only for Sherlock Holmes, but also for his willingness to ‘put his neck out’ for what he believed, whether or not it led to ridicule or condemnation.

(And, for my part, when I walk in the woods or watch the creatures that hover over lakes in summer, fairies don’t seem such a bizarre idea after all!)
Posted by Christina at 15:23 2 comments: Links to this post 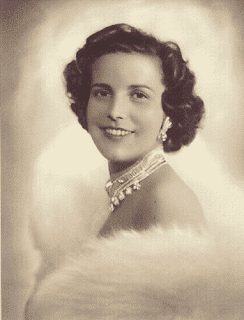 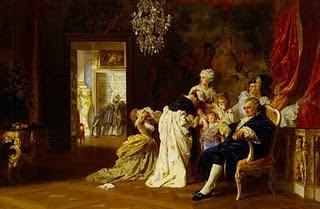 This post was originally written on one of my other blogs but it seemed appropriate to place it here to begin this new blog! I read a Primary School article today about the French Revolution. It said more or less that Louis XVI was tyrant who incarcerated anyone who disagreed with him in the Bastille; and Marie Antoinette was a heartless woman who said, when people were starving, "Let them eat cake." The revolutionaries, on the other hand, according to this article for children, wanted people to be free and to be fed and cared for.

Of course, being an article for children, it didn't say that Robespierre was utterly paranoid and a megalomaniac who was so tyrannical he even knew what 'happiness' meant for everyone, and no one else's idea of happiness was valid. It didn't mention, being an article for children, that The Terror led to the bloody mass slaughter of countless innocent people (rich and poor) or that some of the revolutionaries were so intoxicated by their own power that they thought they were suddenly kings...and, in the case of Robespierre, that vile, vile man, ended up going to the guillotine with half a face (the other half having been shot away by the same rabble that he had created).

Nor did it mention - which would have been more accurate - that Louis XVI was a man who ardently loved his country; a man who had no desire for power but would have been far happier among his clocks and clockwork mechanisms; a family man (like Nicholas II) and nothing like the tyrants who came afterwards. Nor did it mention that Marie Antoinette was first officially married to him when she was still an infant; was actually married to him when she was still a child, was sent from her home to a foreign place and was stripped of her clothes on the border in order to symbolise that passing and was then at so tender an age thrown into a completely different world with a husband she didn't know. It didn't mention the way in which she, like Alexandra of Russia, suddenly was treated as an enemy simply because of where she was born, nor how, later, she might have escaped from France but chose to stand by her husband...
Posted by Christina at 06:16 5 comments: Links to this post