This isn’t lost in the myths of history, but on behalf of the bloggers here, congratulations
to one of our contributors, Val, on the birth of her little girl, Alexandra! 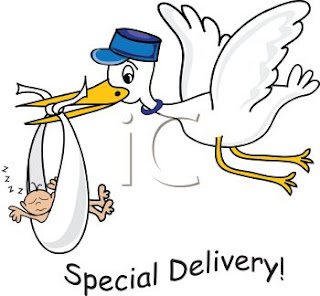 It’s lovely to post some happy news and all good wishes go to Val and Jasen, and to Alexandra’s ‘big’ brother, Nicholas! (How lovely to have a Nicholas & Alexandra in one family!)
Posted by Christina at 09:20 2 comments:

I just came across this interesting article about Kaiser Wilhelm sending a portrait to a convent in the United States in 1913.

Many people believe that, from the start, the majority of Americans were opposed to the Germans in the First World War but that isn’t the case at all. Until early 1917, there was huge support for Germany and a lot of ill-feeling towards Britain particularly since many American cities were populated by German immigrants, who had contributed a great deal to society (by, for example, introducing kindergartens and other novel ideas). When the British blockade prevented arms or supplies from reaching the Central Powers, one German U-boat managed to reach America where it was received with great acclaim! People greeted the sailors as heroes and rushed to give them supplies to take back to Germany. Even the sinking of the Lusitania failed to dampen the Americans’ support for the Central Powers but suddenly, following Woodrow Wilson’s re-election in November 1916, the newspapers turned against Germany and began printing stories of atrocities in such a way as so persuade the American people to support America’s entry into the war ('he kept us out of the war'??). The entire episode seems very deliberately staged.


One of the most unpleasant aspects of this was the way in which all German patents taken out in America were seized. This included all the chemical and pharmaceutical patents, which were based on ideas which were far ahead of any other nation in the world. These ‘stolen’ patents were then sold off for next to nothing or given away freely to specific American companies the owners of which often had connections to members of the US government or bankers. This was basically theft of German intellectual property rights but it resulted in great success for many of the pharmaceutical companies which still operate internationally today.


I sincerely hope that the nuns of the St. Edith convent kept their portrait!
Posted by Christina at 07:47 4 comments: