One of the forgotten and elusive figures of the Romanov family was the Empress Elizabeth Alexeievna, consort of Tsar Alexander I. Little has been written about her in English, and sometimes she was only a curious note in books about the earlier Romanovs. This treatment of her might be a little understandable. She did not do anything "great" in history to warrant special attention or popularity. And yet she was married to a man who was hailed as "Napoleon's conqueror" and "the liberator of Europe". She exercised no political influence in Russia, and throughout her lifetime, she was a sad and solitary figure, neglected by her husband, and treated with indifference by his family.
Judging from her portraits and the written descriptions of her by contemporaries, Elizabeth was an exceptionally beautiful woman. Beauty and charm are all the hallmarks of almost all Russian empresses, but popular opinion puts that she is the most beautiful of the last five empresses-consort of Russia. No wonder why many poets, writers and musicians throughout Elizabeth's lifetime dedicated their works to her, among them were Alexander Pushkin, Nikolai Karamzin, and Vasily Zhukovsky. Her angelic beauty, gentle disposition, and cultivated mind made her the star of the Russian court.


But when I look at that charming portrait of her by Elisabeth Vigee Le Brun wherein she was wearing a court dress and flowers on her hair, I can't help but think that her beauty, her remarkable qualities, her position as an empress, and her love for Russia, were all wasted by a lonely life that I believe she didn't deserve.

While she never truly won the heart of her husband and that of his family, she was well-loved by the Russian masses, the aristocracy, the courtiers, and even foreign visitors in Russia who were lucky to have the opportunity to meet and know her personally. She was indeed an “angel”, as described by Prince Czartoryski – the only man who had genuinely loved her in life and cherished her memory in death.

A very Happy Thanksgiving from England to all our American readers and contributors! 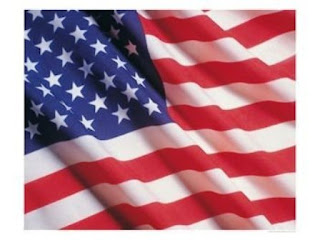 Posted by Christina at 09:04 5 comments: Links to this post

The Tea at Trianon Forum

I would like to draw the attention of our kind readers to the lovely Tea at Trianon Forum, recently started by Elena Maria Vidal, where we can continue our discussions of those lost in the myths of history. If you have not already visited the forum, please do so!
Posted by May at 11:31 4 comments: Links to this post

The "Sunny" Side of Alexandra! 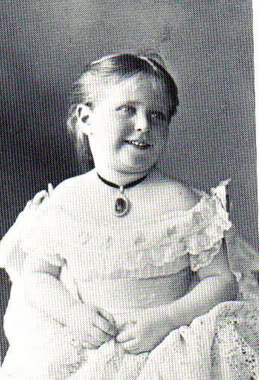 It is said that a picture is worth a thousand words…..don’t you agree? Even though a photograph cannot completely convey the aspect of a person, their full personality and all their complexities, it does capture a true moment in the life of an individual. Recently, I came across this photo of Alexandra as a young child, and thought it would be nice to share. In her family, she was known as "Princess Sunshine" or "Sunny" - she certainly had a sense of humor and loved to laugh!

How many times has Tsarina Alexandra been described as “aloof”, “cold”, “haughty”, or “distant”? For that reason, I thought it would be a nice idea to post a photo that might show her in a different light.

Like all of us, Alexandra was a complex and sometimes contradictory human being. While it’s easy for us to judge her from our own perspectives and points of view, it’s impossible for any of us to have actually known her. For those that knew her well, she trusted them with a side of herself that she didn’t always show in public. While she could be a serious minded and introspective person, she was also described as a very warm, passionate and caring person. She took an active and daily role in her children’s lives and educations, and was known to even have the occasional pillow fight with them and be active with them during their times of high spirits.
Posted by Val at 08:57 10 comments: Links to this post

Maria of Hohenzollern, the Romanian daughter of King Carol I

Maria Hohenzollern, the only child of Carol I and Elizabeth of Romania, was born on 8 September 1870 and baptised in the Orthodox Greek rite, as are the majority of ethnic Romanians. She was meant to be the first scion born on the native soil of the new dynasty, in effect the first Romanian Hohenzollern. Sadly she died at the infant age of nearly 4, on 9 April 1874, a victim of scarlet fever, like so many children from the Victorian epoch. The funeral service took place at the Cotroceni Church within the grounds of the Cotroceni Royal Palace. The coffin was covered with white satin, criss-crossed with silver lace ornaments and was as large as one for an adult, because the infant princess' body was enclosed in several decreasing size caskets placed one inside another. After the religious service in the Romanian Orthodox rite, the cortege walked through the palace gardens to the burial place next to the palace church. Those gardens were the favorite playing grounds for the young princess, where only half a dozen days previously she played with her nurse. On the headstone were engraved the words of St. Luke viii.53: ""Weep not, for she is not dead, but sleepeth".

Read more »
Posted by Diana Mandache at 00:26 Links to this post