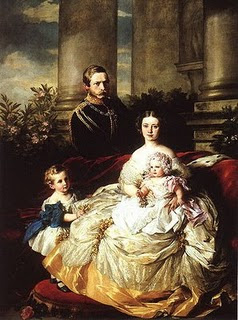 months from March to June 1888 – that he is often overlooked and seen as having played no major part in world events. Had he lived, the history of Germany would certainly have been very different but even though he was not able to implement the numerous changes he and his wife (Queen Victoria’s daughter, Vicky) had planned throughout his twenty-seven years as Crown Prince, his role in the Unification of Germany has often been underestimated.

‘Fritz’ was a sensitive and thoughtful man who views often contradicted those of the Chancellor, Bismarck. Consequently, Bismarck did his utmost to denigrate the Crown Prince and more especially his English wife about whom Bismarck created and publicised various scurrilous and totally unfounded rumours. Perhaps his greatest insult to Fritz, however, was the way in which he completely played down the Crown Prince’s role in the Franco-Prussian War and the subsequent unification of Germany. Despite his hatred of war, Fritz was an extremely competent commander whose ability in the field led to many Prussian victories.

“I know how harrowing and dreadful war is to him,” Vicky wrote to her mother, “how he hates it and how little ambition he has to become a military hero. On the other hand, I know that he is considered our best leader – and that it was not thought necessary to give him the best officers on his staff.... – ...so great was the confidence on the part of Moltke and the King in Fritz’s genius. He is always quiet and self-possessed and determined; having no personal ambitions, he thinks only of what is best not of what makes most effect...”

Even the French observed and commented on his humanity and the kindness with which he treated ‘the enemy’, and a French journalist recorded him saying, “I do not like war, gentlemen. If I should reign, I would never make it.”

His father, the King of Prussia, was very reluctant to accept the role of Emperor and even threatened to abdicate rather than allow it, but Fritz firmly believed in his father-in-law Prince Albert’s dream of a unified Germany as the surest hope for peace in Europe and eventually succeeded in persuading his father to accept it. For this and for his victories against the French, Bismarck gave him no credit and even excluded him from the War 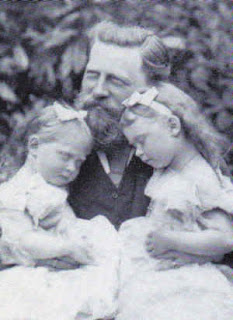 Cabinet and did not publicise or even allow to be made known the role that the Crown Prince had played. For the next seventeen years, Fritz was continuously excluded from any decision-making as Bismarck basically controlled the King. Throughout this time, however, he and Vicky not only continued to make plans for many reforms but also raised their family. Fritz was a devoted and loving father and he and Vicky remained in love with each other to the end of his life. It is significant that his first act as Emperor was to take the star of the Order of the Black Eagle from his jacket to give it to his wife as a sign of his gratitude and his deep respect and honour of her. Theirs was one of the great love stories of history.

It is a tragic and in some ways unsurprising thing that a year before he came to the throne, Fritz was diagnosed with throat cancer and by the time his father died, Fritz himself was already dying. Following a series of botched operations and lots of in-fighting and subterfuge between medics, he was left unable to speak and could only communicate by writing notes. Intriguers at court began to flatter and support his son Wilhelm as though, as Vicky wrote, he were already dead. So great was the intrigue around them that Vicky felt obliged to smuggle Fritz’ war diary away to England, as she was certain that it would be destroyed the moment he died, as would all his other papers which recorded the role he had played in unification and his opposition to many of Bismarck’s policies.

Personally, I believe without a doubt that physical illness is almost always rooted in thoughts/emotions. For a man who had been silenced repeatedly, it is small wonder that those years of frustration eventually manifested as such a terrible affliction of his throat that rendered him speechless. The greatest tragedy, however, is that his plans never achieved fruition for, if they had done so, perhaps the whole history of 20th century Europe would have been very different....
Posted by Christina at 07:19

"Consequently, Bismarck did his utmost to denigrate the Crown Prince and more especially his English wife about whom Bismarck created and publicised various scurrilous and totally unfounded rumours. "

This is such a classic tactic, it has been repeated so many times through history that it becomes tiresome!

I don't know much about the German imperial family, in the past I have had a rather one-dimensional view of them as militaristic martinets. So articles such as this thoughtful and compassionate post are very helpful.

Thank you, Matterhorn. I agree with you about those tiresome tactics, which have led to the loss of reputation of many good people. Bismarck totally dominated the press and the extent and nature of his lies about Vicky and Fritz is truly appalling. As you feel so strongly about the Belgian monarchy, it is also interesting to note that Bismarck was trying hand over Belgium to the French as part of a treaty to end the Franco-Prussian War, and Vicky and Fritz were totally aghast at such a suggestion!

Yes, it was almost a miracle that Belgium was able to keep out of the Franco-Prussian conflict.

Thanks for this article! You don't hear or read much about Kaiser Wilhelm's father. It would be interesting to see how imperial German history would've been had the Prince succeeded to the throne. Those writings would make for an interesing read too!

Thank you, Elisa :-). I guess we don't hear much about 'Fritz' because Bismarck was so successful in his cover-up! It is terribly sad I think that Wilhelm also helped cover up his father's successes, virtually writing him out of history and even changing the name of his palace so soon after his death :-(.
Thank you again for your comment!

Christina, thank you for such a lovely post on Fritz! As you've said - Bismark was very successful in the cover-up. We don't hear many things about him, so it's nice to read this. As you believe, I also think the cancer in his throat might very well have had a root with being silenced for so many years. It had to surface somewhere. I remember being rather horrified while reading the descriptions of his treatements in Hannah Pakula's book on his wife, The Empress Frederick....

Thank you, Val :-). Oh, gosh, yes!! Those descriptions of his treatment are so awful!! And how each of the doctors was more interested in scoring points over the others than caring for their patient...Hannah Pakula's book is wonderful, isn't it?

Christina - it was an amazing book :-) The Dr's didn't particularly seem interested in helping Fritz in a caring or compassionate way...how sad!