The "Witches" of Pendle 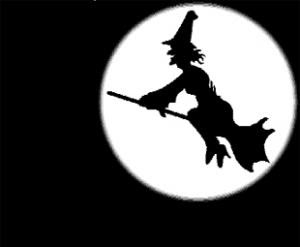 Perhaps this post would be better saved for Hallowe’en but, although it is a story suited to the darkening nights, it actually began on a Spring day and is a very tragic example of the effects of bigotry, hidden agendas and the way in which such events become myths of history.

The M62 motorway crosses the Pennines between Yorkshire and Lancashire and, on the border of the two counties, is the bleak Saddleworth Moor, made infamous by the horrors of the ‘Moors Murderers’ of the 1960s.Even now, the place remains bleak and whenever I have driven that way, I think not only of its bleakness but of how this whole area in the north of England must have appeared in the days before motorways. To the people of the south it was seen as an unruly place, filled with ancient superstitions and untamed people. Of course, this was not the case in reality, but that is how it appeared. One interesting fact is that much of northern England had clung to Catholicism during the English Reformation. Many of the Catholic martyrs were northerners, and Lancashire in particular adhered to that faith. A strange fact is that, to the staunchly Protestant mind of the early 17th century, Catholicism and witchcraft were almost synonymous. To the Protestant government under James I, the use of Latin, the rituals and the veneration of saints and relics in Catholicism were virtually identical to the rites of ‘Pagans’ and those who were classed as witches. This isn’t surprising considering the similarities between Celtic spirituality (which was strong in the North) and the older Nature worshippers. To many people of that time, the two blended together perfectly.

One morning in Spring, however, a small girl named Alizon Device was walking through a woody area when she met a pedlar and asked him for some pins. He ignored her and she cursed him for being so disdainful...a couple of minutes later he suffered a stroke and, having been taken to place of refuge, said that the child had put a curse on him. So terrified was the little girl (as any child would be!) that she believed she really was to blame and confessed that she had sold her soul to the devil! Soon, under pressure from interrogators, she claimed that her mother and several other local women were witches and, before long, all kinds of old local family rivalries came into play, neighbour giving evidence against neighbour, people blaming others for every minor ailment they suffered and, within a very short time, many innocent people were hanged...and the government agents were given an opportunity to make further inroads into suppressing the ‘Catholic’ north. The same mass hysteria broke out in Pendle as later happened in the Salem witch trials in America.

It is fascinating that, if one looks at the transcript of so-called witch trials, the greater superstition is in the prosecutors rather than the persecuted. Their fears of the dark, their obsession with the ‘power of evil’ and their need to project those fears onto others and find in them some kind of darkness comes to the fore. Something like five hundred people were executed as witches in England in the 17th century – many of them were accused by local rivals; some of them were merely unfortunate in having warts in the wrong places or being left-handed or something equally natural. Many of them were truly healers, finding in Nature the herbs and poultices that are still used in hospitals today. Perhaps one or two or maybe more were unpleasant people, but it’s a very strange thing that those claimed to be promoting the Gospel found such darkness in themselves that they saw it everywhere.

The witches of Pendle were the victims of a family feud, superstition and King James I’s strange obsessions.
Posted by Christina at 15:23

Have you read Daughters of the Witching Hill by Mary Sharatt? It is a superb, well-researched, and heartrending novel about the Pendle witches. Great post!

Thank you, Elena. I haven't read that book and now I am eager to do so! Thank you for the recommendation!

Re: witch-hunting and the fear of the occult in the colonies, I can recommend David Hackett Fischer's account of the Puritans in "Albion's Seed: Four British Folkways in America".

Thanks for the recommendation, Matterhorn. I'd be interested in reading that to find out more since, at the moment, my knowledge of such things in the colonies, is limited mainly to Arthur Miller's 'The Crucible'. Thank you!

Great post, Christina - something I would like to read more and learn more about. Thanks to Matterhorn and Elena for the additional recommendations too!

The story of the last wich ( Enriqueta Martí 1913 ) killed at least 40 children and drink their blood. More than that using human fat, blood, hair and bones of victims to make magic potions. invenitmundo.blogspot.com