'The Pen is Mightier Than the Sword' 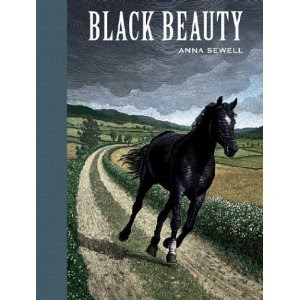 It is a very beautiful thing to consider that when someone is inspired by a thought or a dream, circumstances become irrelevant. It is even more beautiful, I think, to see how, without recourse to protests or battles or any form of aggression, a person can make a great difference to others.
The 19th century seems to be filled with such inspiring people, one of whom was a ‘crippled invalid’ who made the world a better place and improved the lives of thousands, simply by being observant and writing a book....for children.
This person was Anna Sewell (1820-1878), whose book Black Beauty so touched its readers that it led to the implementation of laws concerning the treatment of horses and brought to light the conditions in which many thousands of these beautiful creatures were being forced to live. 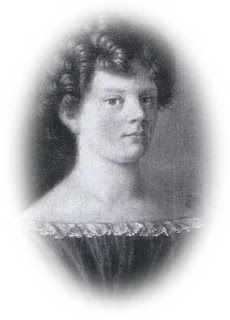 In her early teenage years, Anna fell and damaged her ankles and, since they were not properly treated, she was unable to walk unaided and spent long periods confined to bed, becoming so weak that she could barely hold a pen and all she could do was look out of her window, watching the passers-by – and watching the way in which horses were often starved, beaten and exhausted by carriage drivers. When she did go out, she had to travel by a horse-drawn trap and, again, she observed the cruel treatment of these animals suffered. Due partly to her ill-health, it took Anna over six years to write ‘Black Beauty’ but she lived long enough to see the book published and translated into several languages. Its effect was amazing. For the first time, perhaps, she had given a voice to mute creatures whose sufferings had been immense and people could no longer tolerate their inhumane treatment.

Anna Sewell never led a protest to Parliament; she never even sent a letter to an M.P. or a newspaper but, by a single novel, she transformed the thinking of hundreds of thousands of people and made a very great impact on the treatment of horses. Proof, indeed, that the ‘pen is mightier than the sword’ and proof that when a person feels something deeply enough, no external circumstances can stand in their way. Anna might well have resigned herself to the life of a helpless invalid; instead she saw a need and met it, without making excuses and blaming the world for her ills!

“There is no religion without love," she wrote, "and people may talk as much as they like about their religion, but if it does not teach them to be good and kind to man and beast, it is all a sham.”

Christina - how lovely to hear about Anna transforming her world and the world around her for the better. It's easy to forget that sometimes, one person can actually make a very big difference in the lives of others. Thank you!