Stephanie and Elisabeth Marie: The Forgotten Victims of Mayerling 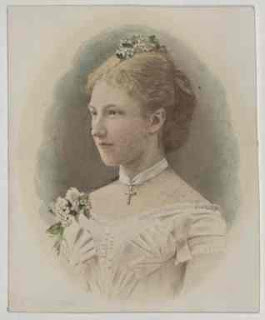 Stephanie of Belgium, Crown Princess of Austria-Hungary, later Countess Lonyay, was the second daughter of King Leopold II of the Belgians, infamous for his cruelty in the Congo, and his Queen, Marie-Henriette of Austria. Born May 21, 1864, she spent a sad childhood at Laeken Castle, suffering severely from her parents' conjugal discord and harsh educational methods. Starved of tenderness as a child, she would stubbornly pursue love as an adult, through many vicissitudes and sorrows. As a young girl, Stephanie was wooed by Crown Prince Rudolf of Austria-Hungary. Determined upon this prestigious match, the Belgian sovereigns urged their daughter to accept Rudolf's hand. In 1881, the couple were married in Vienna. Their marriage initially seemed fairly happy. In 1883, Rudolf and Stephanie had a daughter, Elisabeth Marie, known as Erszi. Although apt to be self-absorbed and difficult, Stephanie was a conscientious Crown Princess, often fulfilling official duties for her mother-in-law, Empress Elisabeth, who was frequently absent from the Habsburg court. 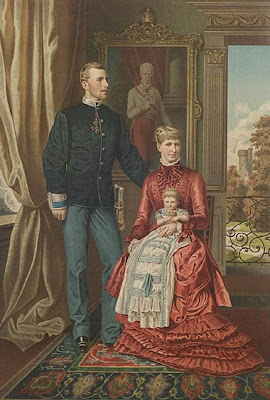 Sadly, however, Rudolf and Stephanie drifted apart. The Princess' conservative opinions placed her in opposition to the Prince's liberal notions. Rudolf also led a dissolute life; as a result of his infidelities, Stephanie is believed to have contracted venereal disease. In any case, she became infertile. Meanwhile, she suffered from a cold relationship with her mother-in-law, Empress Elisabeth. Apparently, Stephanie also indulged in a romance of her own with a Polish nobleman. In 1889, her marriage ended in the infamous Mayerling tragedy. According to the official version of events, Rudolf and his young mistress, Marie Vetsera, committed suicide in a doomed lovers' pact at the Mayerling hunting lodge. The later Empress Zita, however, asserted they were murdered by French or Austrian agents as a result of a political plot. 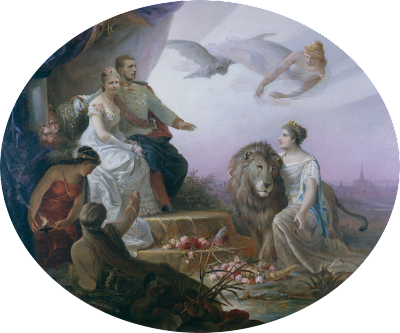 The scandal arising from the tragedy was deeply humiliating to Princess Stephanie, and isolated her further from the Austrian court. To escape the situation, she undertook extensive travels through Europe. She also worked on her memoirs and oversaw the compilation of a history of the Austro-Hungarian monarchy, a project begun by Rudolf. The final volume was published in 1902.
In 1900, Stephanie remarried. The choice of her heart was a Hungarian nobleman, Count Elemér Lonyay. Her parents were furious. King Leopold refused to recognize a mere count as his son-in-law, and disinherited Stephanie, stripping her of her Belgian royal titles. After Queen Marie-Henriette's death in 1902, Stephanie and her older sister, Louise, also disgraced and disinherited, tried to sue their father in court, demanding a share of their mother's wealth, but in vain. Later, after King Leopold's death in 1909, the princesses would sue the Belgian state, unsuccessfully attempting to obtain part of their father's fortune.


During World War I, Stephanie entered the service of the Red Cross. After the return of peace, she lived an extravagant life. As a result of gambling debts and disastrous business ventures, she lost most of her money during the 1920's. More vicissitudes would follow; during World War II, Soviet troops invaded her property in Hungary. She and her husband took refuge in the Benedictine abbey of Pannonhalma. Here, on August 23, 1945, Stephanie died. Estranged from her daughter, she willed much of her remaining wealth, as well as her personal archives, to the abbey. Her memoirs were eventually published under the rather vain title I Should Have Been Empress. 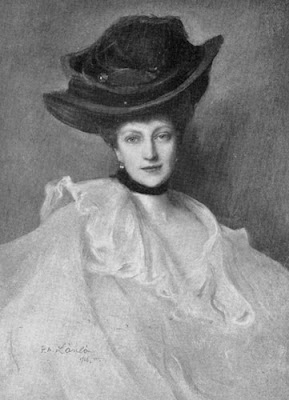 In spite of her disastrous family history, Stephanie's daughter, Elisabeth Marie, was considered a possible bride for the young Prince Albert of Belgium, future King Albert I, much to the horror of his sister, Princess Henriette. Understandably, the pious and proper daughter of the staid Count and Countess of Flanders thought the young lady had too unstable a background for the marriage to be a success. Fortunately, nothing came of the idea. Elisabeth Marie proceeded to generate scandals of her own, espousing socialism and spiritualism. I am very glad she was never Queen of the Belgians! I doubt even the capable King Albert would have been able to manage such a difficult consort, and enemies of the Belgian monarchy would surely have seized upon Elisabeth Marie's eccentricities to undermine the throne.
Posted by May at 17:54

Email ThisBlogThis!Share to TwitterShare to FacebookShare to Pinterest
Labels: princesses, Rudolf of Austria-Hungary, Stephanie of Belgium

Poor girl. I just finished a write-up on her mother-in-law, another person of whom I think the popular portrayal is incorrect, in part because of how she treated Princess Stephanie.

Thank you, Matterhorn. Poor Stephanie! What a very public humiliation she suffered! In a way, I think their marriage was doomed from the start since both had had such a difficult childhood and so many 'issues' that remained unresolved. I had no idea what happened to her during and after the war - thank you for this information. Golly! I cannot imagine King Albert married to Erzi!! A lucky escape, indeed :-)

I am looking forward to your write-up, MM.

Yes, Christina, while neither Stephanie nor Erszi seem to have been very sympathetic characters, I cannot help feeling sorry for both, given all they went through. In Stephanie's case, I cannot imagine having so much responsibility while still such a young girl (although that was typical of daughters of these great houses).

Wow...it's hard not to feel awful for Stephanie and the problems she endured as a child, and the many issues she suffered from as an adult. Like Christina, I was unaware of what really became of her. Thanks for the information!

You're welcome! It's a shame that Rudolf's mistress is better known than his wife!

I supposed you are referring to Sisi of Babaría, who was dealing with so much already. Including her own most difficult mother in law/aunt prior to Stephanie.

So much that we don’t know here...
Nevertheless we see our human fragility.