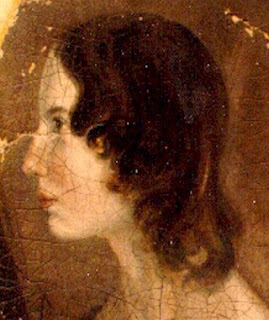 While Emily Bronte is remembered as a writer, it often seems that she would be better remembered as a mystic. The enduring fame of her only novel, Wuthering Heights, has often overshadowed her poetry but, since her poems were written originally for her own self-expression, they capture her essence even more clearly than the novel.

Emily was an intensely private person – perhaps partly because she was reluctant or unable to share the intensity of her inner life. Her dislike 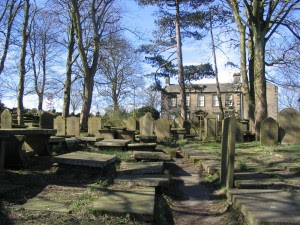 of small-talk and socialising led many people to view her as cold or unfriendly but, had they been aware of the passion within her, she would probably have been seen in a different light. Emily was first and foremost a ‘free spirit’ and a child of nature. She walked for hour upon hour on the ‘wild and windy’ Moors around Haworth absorbed in her innate spirituality and imagination. So profound was her sense of connection to that environment and the creatures who lived on the Moors that when she was sent away to be a governess she became physically ill. At the same time, the parsonage in which she lived overlooked the stark graveyard and, since the average life expectancy in Haworth at that time was very brief, she must have seen numerous funerals (including those of her own mother and elder sisters) and this gave Emily a sense of the transience of earthly things.

As do many passionate souls, Emily suffered intensely from a kind a nostalgia for the eternal. After being absorbed in her meditations and the glory of her own inner world, it was torture for her to ‘return’ to the mundane reality of life. Her poetry creates the sense of a soul trapped in a physical body and always seeking escape. These lines from her poem ‘The Prisoner’ capture that sense so brilliantly that they seem to me to be some of the most powerful lines in all of English literature:

Then dawns the Invisible; the Unseen its truth reveals;
My outward sense is gone, my inward essence feels:
Its wings are almost free - its home, its harbour found,
Measuring the gulf, it stoops and dares the final bound,

Wuthering Heights is, of course, an incredibly ‘dark’ novel, filled with violence, macabre notions and even implied incest, but at the same time it demonstrates Emily’s inability to create anything superficial. In spite of the Hollywood interpretations, it is not a simple, tragic love story but a powerful – and quite horrific – expression of the connection between souls, and of the ‘shadow side’ of humanity and the spiritual/inner world.

I do not believe anyone will ever or has ever fully understood the depths of Emily Bronte but, though she would probably shrink from any attempts to penetrate her innermost thoughts and spirit, I believe she deserves to be remembered as one of the truly great English mystics.
Posted by Christina at 03:43

I loved Wuthering Heights as a teenager doing English Literature for my O'levels. It affected me as a 16 year old and all my mates too. I was at an all boys school. We actually dramatised some of the scenes for a production to show the school. As you can imagine we chose Heathcliffe very carefully. Oh the passion of those bygone day!!!! Didn't know about her poetry. Must read some of it.

I've been to Haworth and walked through that graveyard and been inside the parsonage. It's was amazing to see the large dining room table the sisters and brother I presume, sat at and invented their literary worlds.

Thank you for your comment, Southerner. I think it's very interesting that the book went down so well in a boys' school. The parsonage and the main street in Haworth with the Black Bull pub and the church and graveyard seem as though they have not changed from when Emily lived there. It is a really fascinating place, isn't it?
Thanks again for your comment :-)

Thank you, Val :-) I love her poetry far more than her novel and I often wonder if she would have written any other novels had she lived longer....Somehow I can't imagine that she could have done!

Wuthering Heights is one of my all-time favorite novels, but I was not aware Emily was a poet too. Those verses are haunting.

Thank you, Heather, for commenting! They really are haunting, aren't they!

I bought a Dover edition paperback of all the Bronte sisters' poetry.
Like previous posters I've read "Wuthering Heights" too. Definitely an incredible read!

I've noticed Charlotte and Emily get the most of attenion about their writings--not so much Anne. I've read her two novels ("Agnes Grey" and "Tenant of Wildfell Hall") as well as her two older sisters.

Thank you, Elisa, for your comment. It's interesting that you mention Anne because my original intention was to write a post about her rather than Emily. It is so odd that she is so overshadowed by her sisters when her books are equally powerful (especially 'The Tenant of Wildfell Hall' and its coverage of what was a taboo subject at the time: a husband who (like Anne's brother, Branwell) had sunk into such addictions. I love Anne's descriptions of the sea and her love of Scarborough...and isn't this line, which she wrote, wonderful? :

"Keep guard over your eyes and ears as the inlets of your heart, and over your lips as the outlets, lest they betray you in a moment of unwariness.”

I don't know much about the Brontë sisters, but I recall watching a documentary about the family and being struck by the tragedy overshadowing their lives. Surely some of that comes through in the darkness of much of their work.

Yes, Matterhorn, I agree. The tragedies overshadowing them (the death of their mother and elder siblings and their father's rather eccentric ways)does come through in their work. I also think that their surroundings and insulation (kept so much to themselves and away from the company of other children) led to a nurturing of their 'inner lives' which might, or might not (!) have been beneficial to them. A remarkable family, anyway!

Is there someone who could provide information about Queen Victoria's half sister, Mary. I write from South Salem ohio, where Mary Morter is burried. I have been told that Mary steped aside as the rightful heir to the throne. Her story is very tragic. Her stone here is so simple, Mary Morter
"Think". Please help
Mary Wisecup. marysue@wydebeam.com or momsphotos01@gmail.com

I am sorry, I cannot help, but perhaps someone else here can!

Hello Mary, thank you for writing here. I think that the Mary Morter story is something of a myth. Before Queen Victoria’s father – Edward, Duke of Kent – married, he spent some time in Canada. Like his brothers, who were renowned for their gambling and womanising, he was known to have mistresses (one in particular remained with him for something like 22 years). It is quite likely that his mistresses bore him ‘illegitimate’ (what a terrible expression!) children and Mary might have been one of these. If, as some believe, he married her mother, the marriage would not be recognised as legal in England, since he did not have the permission of his father, King George III. Victoria was his only legitimate child.
Mary might have been her half-sister as some people have claimed but that does not mean she stepped aside to let Victoria be queen. Mary, as an ‘illegitimate’ child was not in the line of succession, and if illegitimate children had been allowed to succeed, there would have been many who had a greater claim than Mary. George IV and William IV are both said to have had children by their mistresses.
It is a nice legend which has given rise to plays and novels but it isn’t quite as romantic as it is made out to be. Mary, I am afraid, was one of many grandchildren of George III, whose sons seemed capable of producing whole broods with their mistresses (William IV is said t have had at least 10!) and yet incapable of producing healthy children with their wives!
(If you would like more information about the Duke of Kent, just say so and I will email you :-)).
Thank you again for commenting.

I was drawn to this piece while looking for writings regarding Emily's mysticism. I was delighted to read the poem included and also to read the appreciation for Anne's literary contributions. "The Tenant of Wildfell Hall" received sharp criticism from a more conservative Charlotte, who commented that Anne had gone too far in her telling of an addicted and abusive husband. Thank you for the well written and researched remarks about Emily, and for the comments of appreciation for Anne. I do not need to say anything on behalf of Charlotte, who was definitely received her due. The three sisters were literary heavyweights against all odds.

What a lovely comment, Kymberly. I think Emily is far and away the most interesting of the sisters, and Anne the second most interesting. Charlotte is my least favourite of them.